Honda had a brand new car targeting a younger market – urban millennials who like to be eye-catching. The client wanted to develop the wow factor into the advert, using precision walking. This movement language was fused into the advert production as a beautiful frame for the car itself, but also to replicate the fine tuned precision of their vehicles. They wanted the visuals to be fun and slick, while showing the features of the car in an innovative way. In a nutshell, they wanted to leave the viewers thinking, ‘How did they do that?’ Precision walking has become an online phenomena, and Honda wanted to develop that into a story of creation and technology. The venue was Wembley Stadium and the budget was £500k plus. Project rehearsal and filming time took three months.

Working alongside the award-winning global production company, Somesuch, and the epically talented Supple Nam, our director, Jane Coulston was an integral part of the commercial choreography. Days and hours were spent mapping out Wembley Stadium and tirelessly rehearsing walking patterns to the sound of a metronome. Every step was accounted for and there were no inches to spare with dancers running backward behind a stunt driver or backflipping into a boot. It was a very mathematical approach to choreographing an advertisement, and the final soundtrack was all added post-production which was unusual and also very exciting when the final product was revealed. All rehearsals took place at 3 Mills studios over a 6-8 week period. 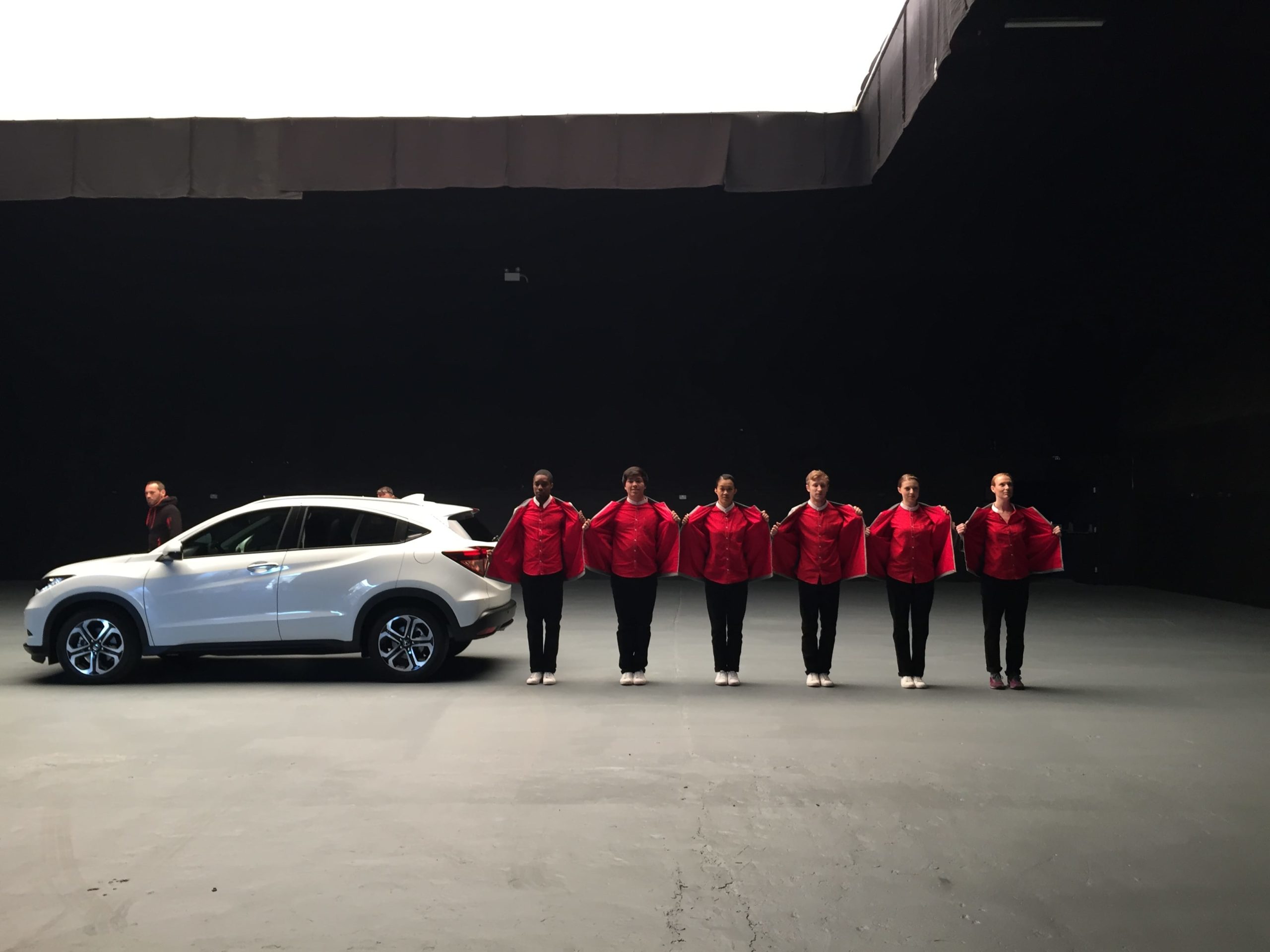 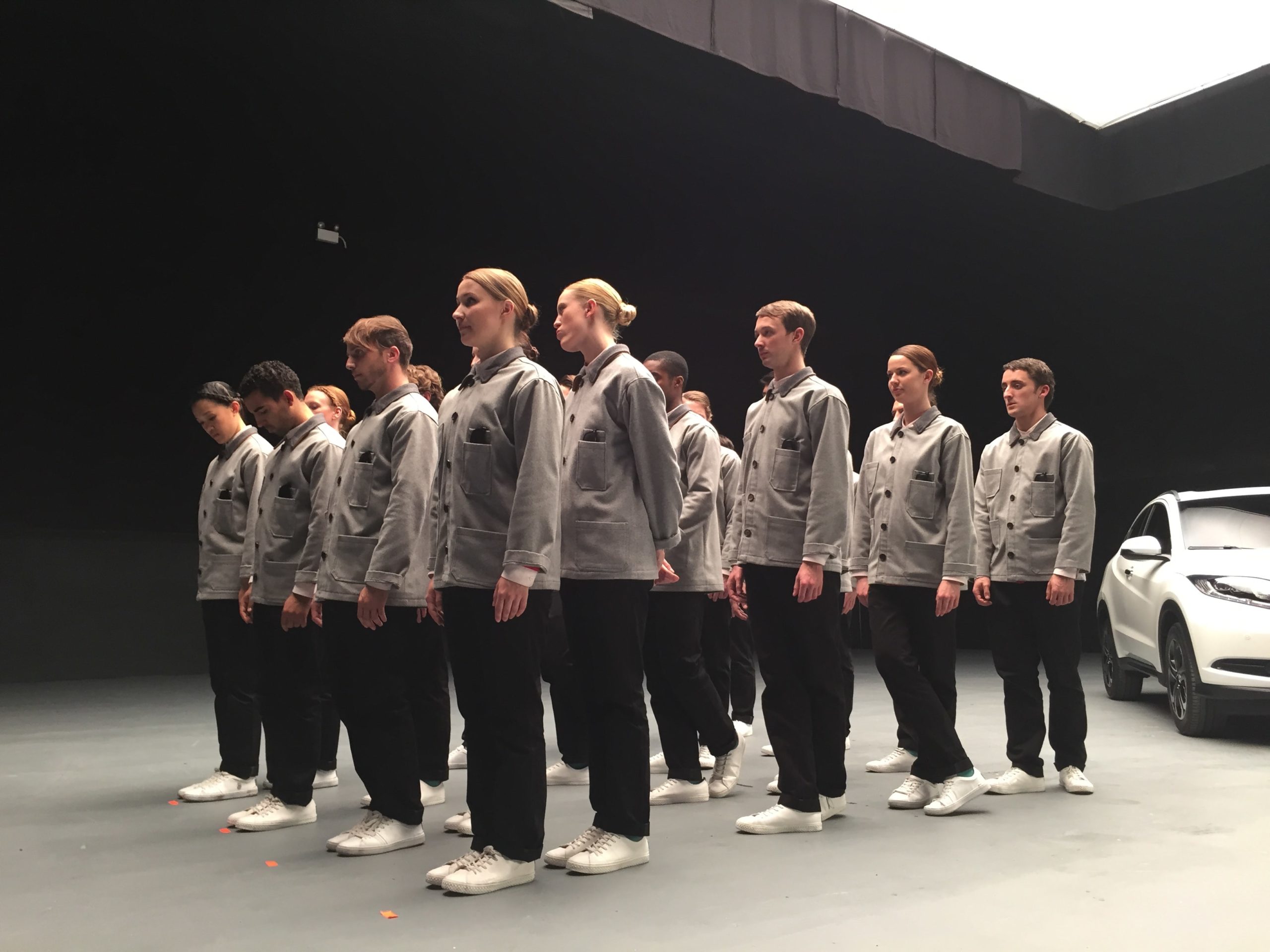 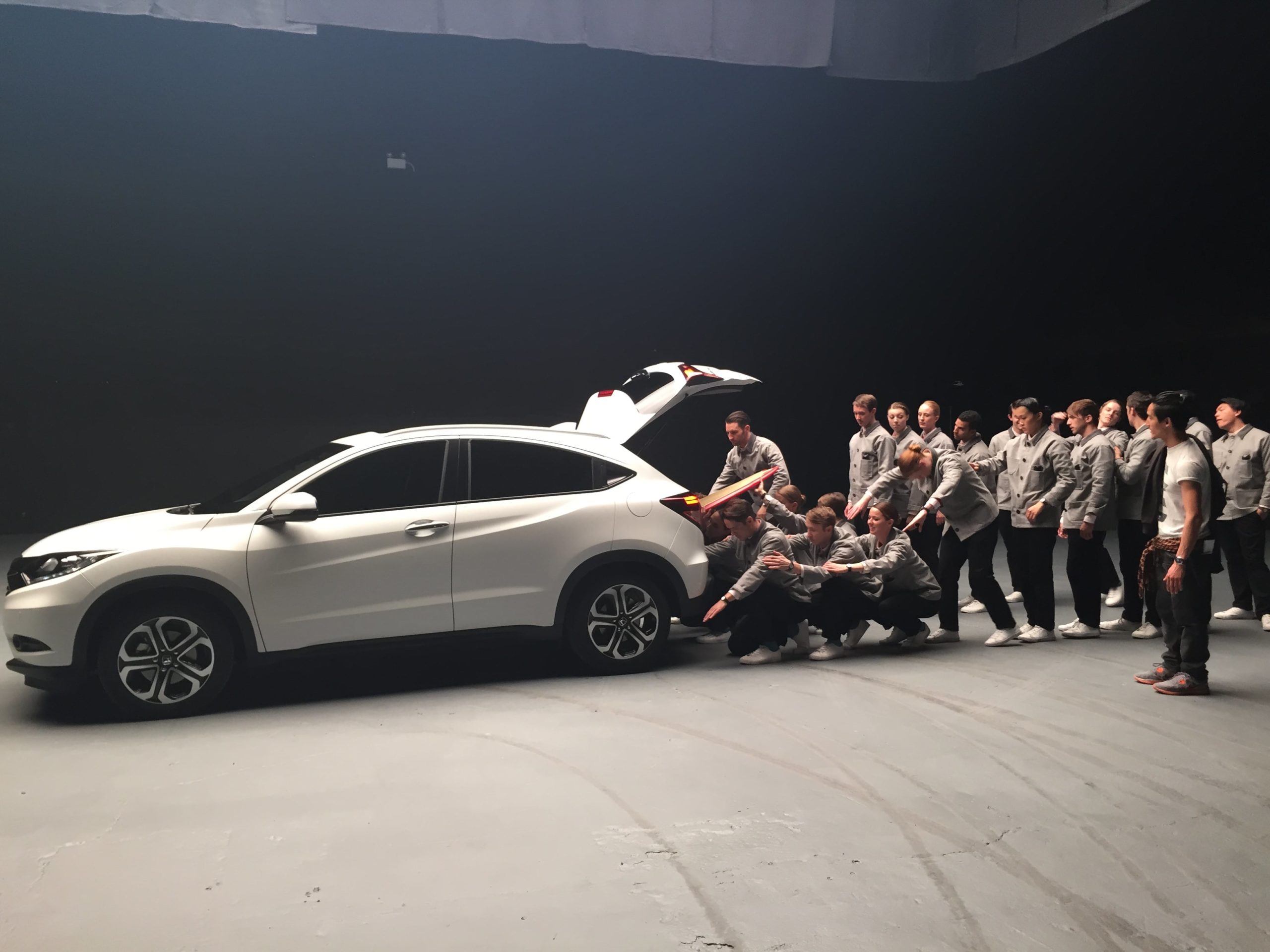 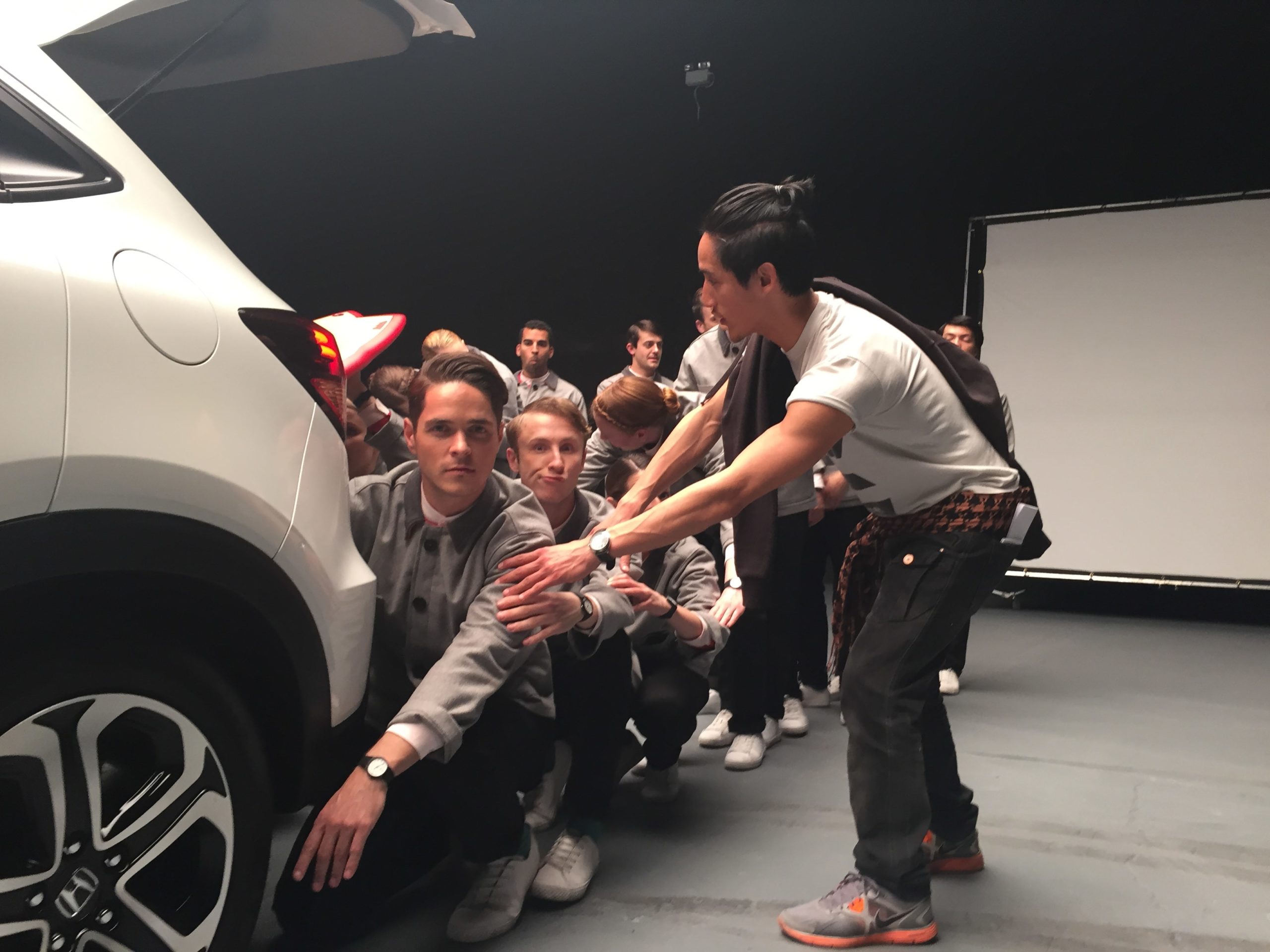 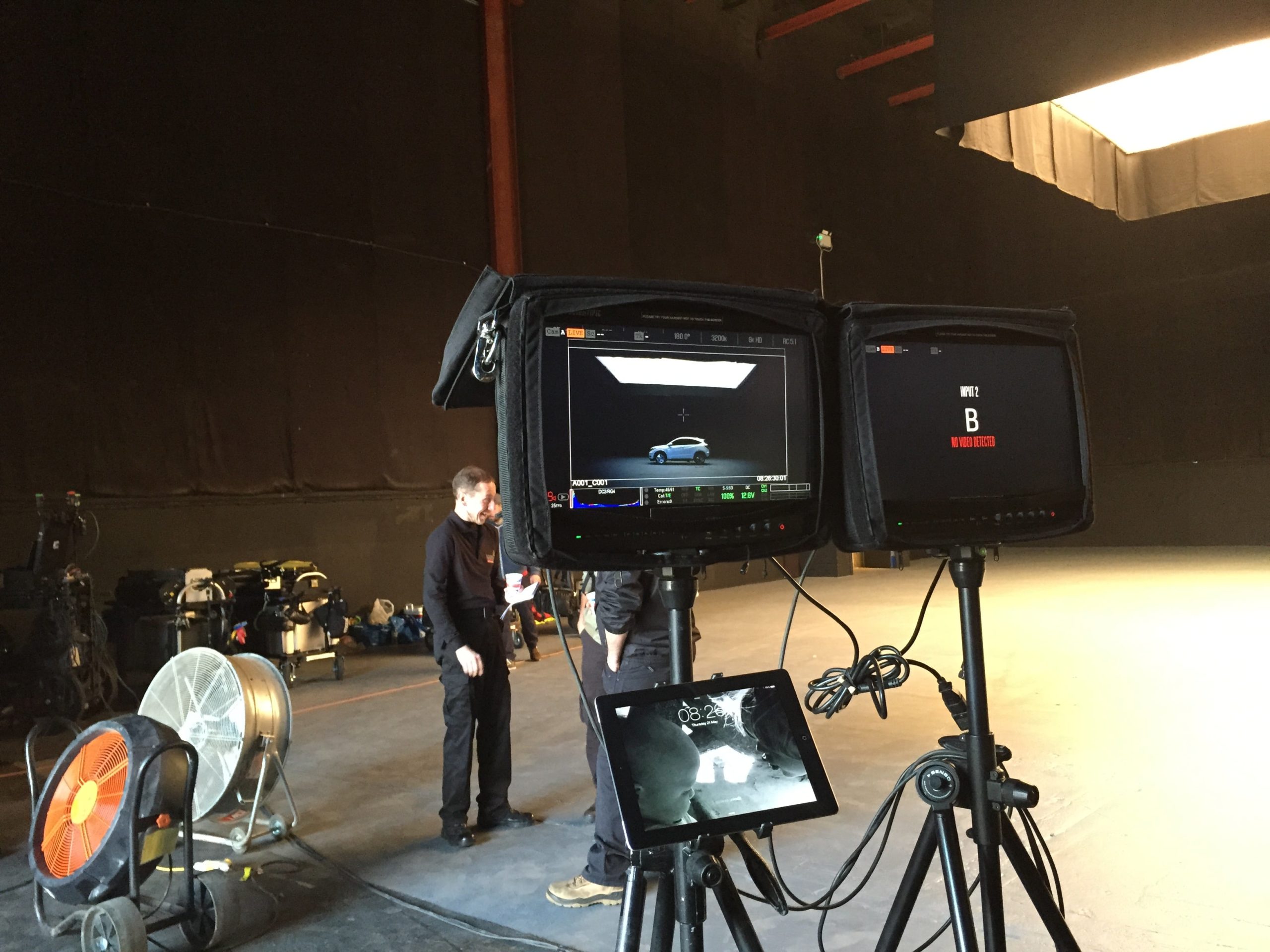 Filming itself is a slow and precision based process for an advert like this, commercial choreography is predominantly about making the product look its best. Framing it, highlighting it, showing its functionality and bringing the focus back to the product at all times. Each shot that contains the car, meaning it has to be shown in the very best light, there are teams dedicated to making the car look its best at all times with lighting and reflective elements and we support that with the choreography in the best way possible. All sections were filmed from every angle with stunt drivers and lighting teams. Our choreographer, Jane Coulston, was one of three megaphone and metronome adorned creatives on the project making all the action happen. Once in the filming space it is about going through each and every shot rehearsed methodically in the studio and bringing it to life with lights, camera and action. These things are a lot slower to film than most people may realise, but the final product is always undeniably impressive. Even if you’re part of the team that made it, it still makes your jaw drop when it appears on TV.

We are so grateful for your creative input!

"Just wanted to say a huge thank you for all your hard work and commitment on this job. You were amazing and we are so grateful for your creative input. You did an amazing job and we wouldn't have been able to do it without you guys!"

Commercial choreography is about making the product look its best. To find how how, drop us a line.